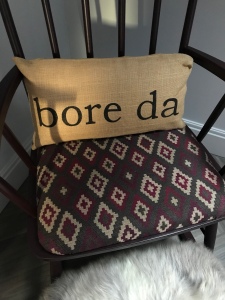 It all began with my youngest passing his driving test. It was a long time coming, he had worked hard for it so you can imagine the excitement that ensued.

He had already booked this weekend away with his mate, the plan being that he was going to drive them. The weekend was to be in Cardiff, a mere 184 miles across to the other side of the country. Now naturally this sparked a little concern in me, it was a huge undertaking, having never driven on motorways before. I did the mum thing and started lecturing, asking if it was necessary but then I stopped myself as I remembered that I had driven from Monchengladbach to Calais a couple of weeks after passing my test, with only a paper map with the route highlighted by my work colleagues and a tape recorder on the passenger seat – yes it was a fair few years ago!

I remembered how excited I was, I loved to drive, still do, so I reigned in my worry and offered advice instead.

It was at this point that my ex husband asked me if I would follow our son just to make sure he was ok. He’d book a hotel for me at the other end as a thank you – how could I refuse. It meant I got to see how my son handled himself on the road. Quite a weird experience I have to say but on the whole he did ok, quite proud of him.

We eventually arrived in Cardiff. It was buzzing in the city centre, people everywhere. Following the sat nav seemed to take us on a one way loop. We got separated and they eventually found their hotel which left me to try and find mine. I believed it was a Holiday Inn, the post code I was given took me to a Holiday Inn. I parked up and went inside. There was a very loud party going on with people everywhere. I went to check in only to discover that they couldn’t find my booking. Turned out I was in the wrong hotel, as only I could be. I was tired and a little stressed at this point. I asked her where the hotel was that I was booked into, which is owned by Holiday Inn, she showed me on a tourist map, it was only a short walk but she offered to book me a taxi so I took it. I didn’t fancy walking through the throngs of ‘happy’ people on my own. The taxi driver came in to get me – I had booked my car in to their car park for the night as the other hotel didn’t have one – he asked me where I was going, I told him, he didn’t know where it was! I had to show him on the map!

We eventually got there, he got out to check it was the right place, it looked like a back alley, he came back and said “if you go through those doors over there you’ll find it” needless to say I was a little dubious but I did go though the doors (head up, look confident Ange) and I did find the hotel, Hotel Indigo,  it was on the ground floor of a shopping centre and it was totally worth all of the hassle. 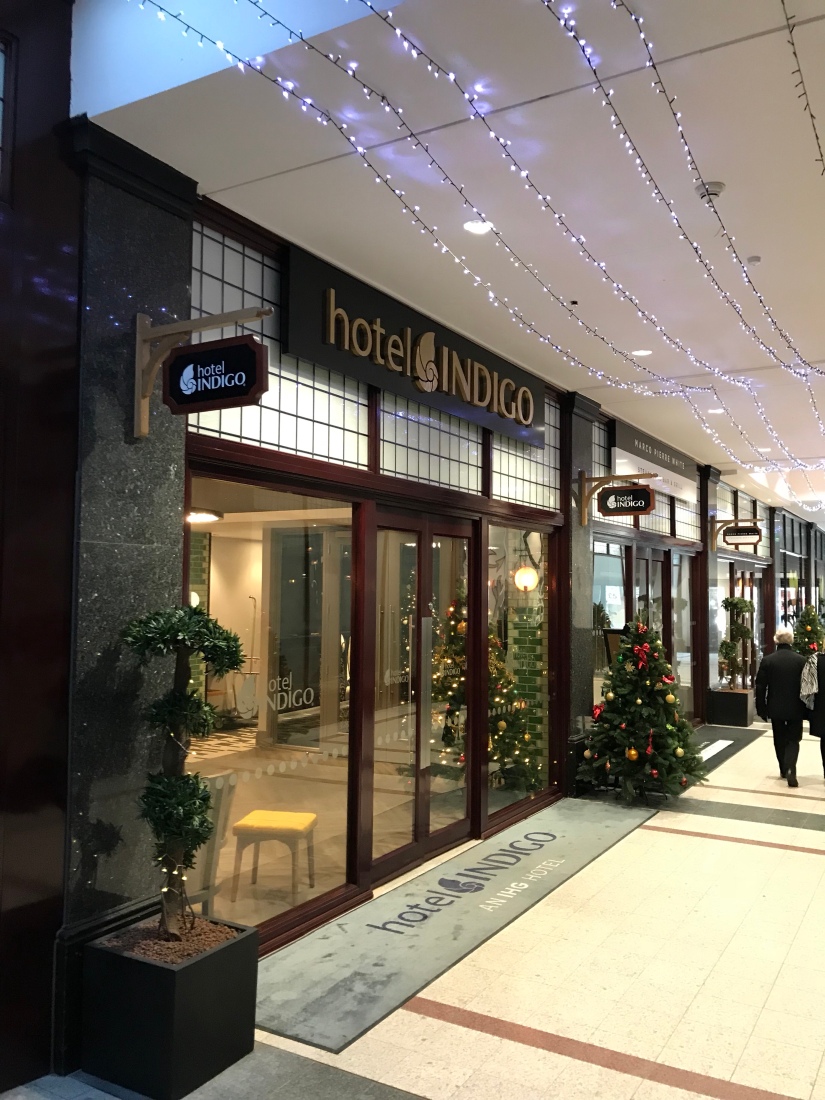 The welcome was fantastic and very friendly. There were miners helmets on the wall behind the reception, the lamps on them had different colour bulbs in them, the tiles on the walls were a beautiful dark green and highly polished. The porter chatted to me the whole way to my room, which took a while because it was like a labrynth, explaining it was built in 1912 so the floors were a little uneven but I love that sort of thing, I love buildings with character and soul rather than ultra modern.

My room was tucked away in a corner somewhere. He let me open the door so I got to see the room first. He seemed very proud of the hotel and rightly so. The room was gorgeous.

They are all styled in different ways apparently. It was huge, with a huge high bed (the best kind) with lots of fluffy pillows, a separate room/area with a desk and a chair and the bathroom had the same green tiles on the wall, which I later found out were Welsh colours, and a massive walk in shower.

I made myself a cup of tea and got into bed. I was shattered.

I was starving by morning, after getting ready, spending way too long in the rain shower (who wouldn’t) I ventured out in search of breakfast. It was apparently on floor 6, I was on floor 3, how hard could it be? Quite hard apparently. I jumped into the lift at the last second with a guy who had already pressed his floor, I looked the number 6 button – there wasn’t one – apparently I had to get in another lift  that would take me up. So out I got, looked for another lift, there wasn’t one. Got back in, got out again on another floor, had a walk looking for the other lift, couldn’t find it. Tried a different floor, found the lift in a completely different place but at least it had a number 6 button! Whoop! Breakfast! And what a breakfast! I chose the healthy option of pancakes and bacon with maple syrup, absolutely delicious and washed down with a perfect coffee.

After checking out I opted to walk back to my car. The streets were a lot quieter now and the sun was shining, the sky was blue and I felt absolutely great. I walked alongside the wall of Cardiff Castle, took some photos and vowed I would come back for a proper look around when I had more time, I had somewhere I needed to be later in the afternoon and I had to allow time for traffic and it was important I wasn’t late. It looks like an interesting city and quite pretty in places – it must be if I wanted to go back to a city – with people!

I told my son I was leaving and he was on his own, he would be driving back the next day.

All in all it was a lovely little impromptu adventure, often the best kind and yet another boost in how I’m feeling – absolutely fabulous with new beginnings beckoning which are going to be grasped with both hands.

If you get chance for an impromptu trip, take it, don’t think about, do it, take a break from the norm, be spontaneous, it works wonders!!