So on the basis that I say yes to things more than I say no (or try to) I found myself with a ticket to a local festival called Buckfest. It’s quite the event around here, the tickets sold out on the day of release, 2000 of them, at a stonking price of £8 each!!

My friends had been before a few times and had managed to convince me to go. That kind of scene is not me, drinking, sitting around, listening to music I’ve never heard and probably will never hear again. Wondering if I’ll make it to the loo in time if there’s a queue, wondering if I’ll be able to levitate in the loo once I get in there 😷trying not to curl my nose or even breathe once I’m in there! All these things have put me off in the past and I was quite happy with that. I was quite happy to listen to the stories being told afterwards thinking thank god I hadn’t gone🙄😋

But this time, this year when I was asked I was in a different place in my head. I was in my ‘stuff it I’m doing it’ phase and oh boy!!! I was glad I did!!!

The build up to an event is key, it kind of makes the event last a bit longer in my opinion. Talking about it, planning, preparing. We eventually had a group chat going with some sensible, others not so much, questions being asked. The taxi was booked there and back – it started at midday and finished at 11(I think!🤪), it was only in the village next door.

The taxi came round and picked us up at each house, each one of us with a chair or two, pic nic, blankets, back packs etc. I can’t decide if it was like a game of Tetris or Crackerjack! (Yes I am going back a few years on that one!!) The taxi was challenged and it turned out so was the driver, he didn’t seem to know where he was going🙄

It was a scorching hot day, shorts, t shirts, sun cream and hats were the order of the day. I’d bought a flower garland for my hair, some funky hair clips and some funky bright nail varnish, with which I painted each nail a different colour and glitter. I’ve got to say I felt really comfortable and pretty relaxed and happy with the flower power hippy look, especially when glitter was added to my cheek. Apparently it’s standard for festivals. Once we’d set up our little area with tables, chairs and blankets a collection of face paint and glitter with a mirror was produced from a bag and we all had a go.

It turns out you don’t ‘do’ a lot at a festival, it’s very chilled and relaxed. People all around you are happy and chilled and it’s a wonderful atmosphere. Music is playing on the stage all the time. There were two main stages, while one group were doing their set the other stage was being set up. There was also another stage in a corner called The Shed, with smaller bands playing. One of them being Just Tom & Pete. I’ve heard them a couple of times at the local pub and they are just great! I managed to win a CD after their stint as I guessed the first song they’d sung correctly, dead chuffed!

Viv and I were sharing jugs of Pimms with a cocktail thrown in the middle at some point, we were a little merry to say the least. I had a little lay down on the blanket at one point – it was hard work!! One of our group fell over, spectacularly and in slow motion – I kid you not – incredibly funny, in fact uncontrollably funny😂😂 and yes, he was alright!

As the sun began to set, a relief after the blazing heat all day, the atmosphere began to change, there was to be 80’s music played at the end. Viv got out her neon face paints, streaks were put on faces and glow sticks were wrapped around wrists. Some people had gone to town on 80’s costumes, it’s fantastic to see.

The music was flipping brilliant!! We were all dancing, jumping and singing!! It felt so good, I absolutely loved it!! Songs I hadn’t heard for years but knew the words to!! I was sad when it ended, we went back to our patch and began tidying up in the dark, well, some of us did, some were in no fit state to do anything and one had gone to sleep in a chair!

I had seemed to have gone through being a little drunk and had come out sober the other end so was able to herd people out to wait for the taxi. This took a very long time to come and involved a few phone calls. When it eventually arrived we had to fit everything in again, only this time people were drunk… one word….hilarious🤣 we all got in – eventually – and the taxi driver just put things in on top of us! We did the drop offs, each of us finding our bits to take.

We all made it home safe. I was fairly sober, had a shower and a coffee and went to bed. Absolutely shattered. But what an absolutely fantastic day and another experience I have had. Will definitely be doing it again next year now my cherry has been popped!

In fact, I am going to one in August called Rewind in Henley!! All the others are camping for the weekend – they tried to convince me to camp but I declined and booked a hotel for 2 nights and bought a day ticket for the Saturday. I want to experience it, it’s a much bigger festival, but I didn’t want to do the whole camping thing. The music line up for this one is all 80’s again with a fantastic line up of 80’s artists from Howard Jones, Chesney Hawkes, Toyah, Marc Almond and Jason Donovan and many more!! The Saturday will also be topped off with a silent disco – another cherry to be popped!!😳😃

I can’t wait. It’s going to be great. Rain or shine. I’m never fussed. It’s what you make it. 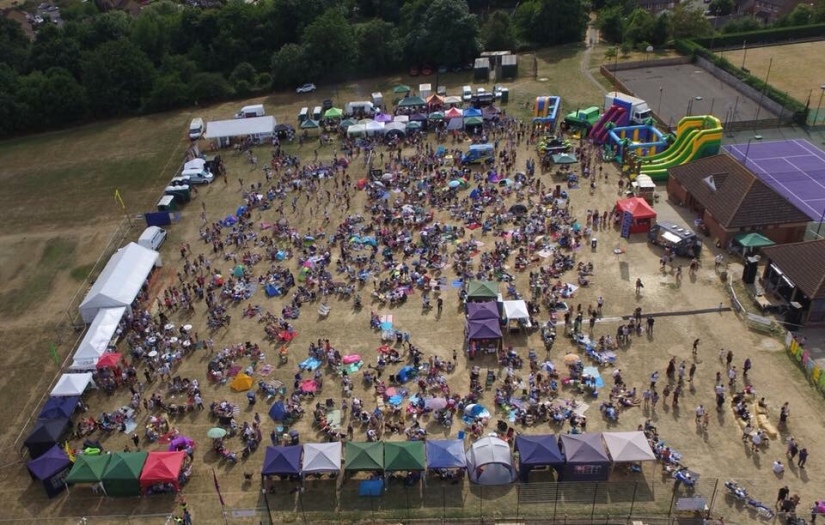 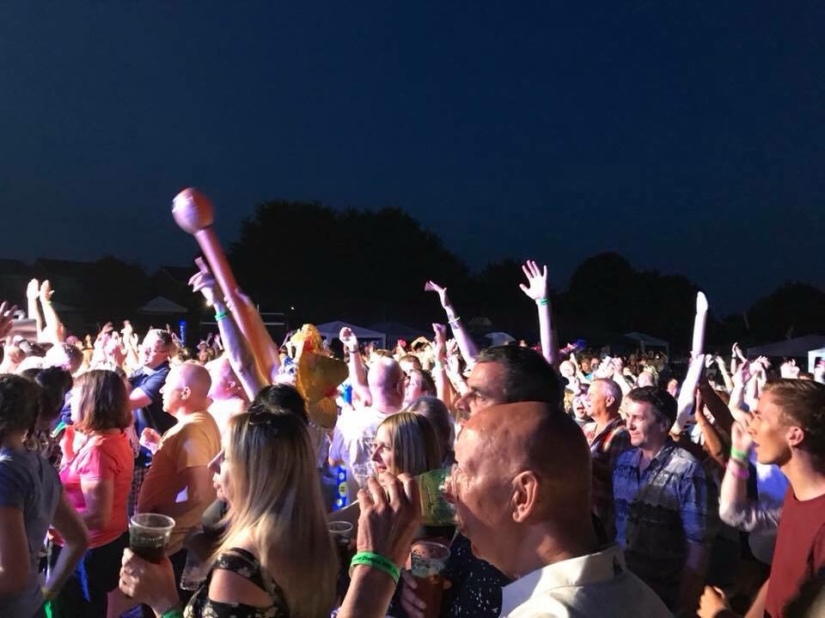